On April 17, 1993, Dr. Florence Muindi was given a vision to mobilize the local church to restore health, renew hope, and inspire lasting transformation for Africa’s most vulnerable children and families. In April 1995, together with her family, Dr. Florence Muindi took the first step in the journey that has led to the establishment of Life In Abundance by leaving behind her career to go into the mission field —then under the support of another mission agency.

As a young adult, Dr. Florence Muindi was called by God to serve the poor and desired to make a lasting impact in the communities of the most vulnerable in Africa. She believed that in order to do so, her model must apply an integrated approach to development to address the root causes of poverty and meet both the physical and spiritual needs of the communities.

She found a natural partner in the local churches strategically located in the slums and among displaced people that are spread all throughout Africa. Although they desired to care for their neighbors, the need was overwhelming and the local churches did not have the training or resources to make an impact in the fight against poverty. Most of these churches also lacked the capacity to serve the poor and vulnerable. This reality compelled Dr. Florence directly empower local churches to bring sustainable transformation in their own communities.

Her work began as a short-term family ministry (with her husband Festus and two boys, Jay and Kyalo) in 1996, working among the Maasai people in her native country, Kenya. Here, Dr. Florence had the opportunity to pilot her project and learned how community health strategies can be implemented in and through small churches.  Two years later, the family moved to Addis Ababa, Ethiopia to work among the poor. 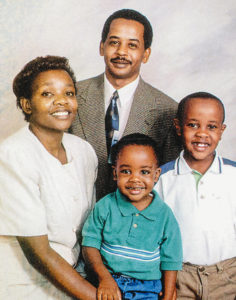 In Ethiopia, the work began through partnership with one church in a poor,
urban community. Dr. Florence further pioneered strategies to empower and train the local church, beginning with a baseline survey of the felt needs of the community. The church members were eager participants, as they desired to learn effective methods of caring for the sick. Dr. Florence recognized the importance of working within the existing system of care (whenever possible), and the local church became a network of trained home-visit agents who
provided first aid and health education. Seminars and training sessions were used to raise awareness and knowledge of health prevention and intervention tools. Bible studies and cell group meetings helped the community to see a God who cares deeply about them, and who desires to use them as agents of community transformation. 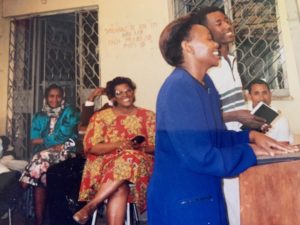 As word spread of Dr. Florence’s facilitative role, more and more churches began to request trainings to launch similar projects. During this time, Dr. Florence observed that the first church empowered by training began to naturally train other churches in what they learned, and were doing so in a culturally-contextualized manner. Just as significantly, the church cared for the whole person as they integrated clinical care, spiritual care, counseling, and even financial help to meet the needs of the whole person. Dr. Florence believed that this was the key to multiplying the impact of her work. As the vision grew, sensing the need for a legal and accountable structure, Dr. Florence formally formed Life In Abundance International (LIA) in Ethiopia in 2000, and preparations to expand the ministry began.

With a sense of God’s lead, new doors opened and LIA’s work began to expand to other countries in Africa. LIA was invited by The Sudan Council of Churches to work among local Sudanese congregations, and Egyptian churches in Cairo. Kenya extended a similar invitation. Meanwhile, LIA expanded its reach within Ethiopia. When a tsunami hit southern Somalia, LIA began working with local communities to provide relief and development, and then eventually into Eritrea and Djibouti. 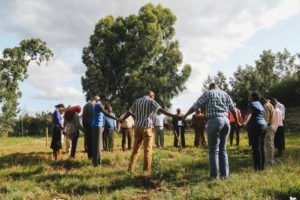 Today, LIA serves in more than 30 communities throughout Africa, with plans to expand its established programs to other communities, so that those local churches can restore health, renew hope, and inspire lasting transformation for their most vulnerable children, families, and individuals.

Scroll to the right to see more.

LIA was formally established as a non-profit development organization in Ethiopia.

LIA was officially incorporated in the USA as a 501(c)(3) non-profit.

LIA was formally recognized as an NGO in Kenya.

LIA expanded its transformational development efforts to Egypt and the Horn of Africa region.

LIA hired Urban Initiatives to conduct a thorough study of 6 communities we had phased out of.

LIA appointed a director in the United Kingdom and the support office there was established.

LIA officially launched a European support office in Switzerland, in line with a vision to partner closely with the US, UK, and Europe.

LIA has over 100 staff partnering with more than 150 local churches and 50 communities across 14 countries in Africa and the Caribbean.