To preserve the anonymity of those involved, names of individuals and places in the following story have been changed or omitted.

In a large Egyptian city in the northern region of the country, the oppressed evangelical community cried out in desperation. They wanted better education for their children and longed to engage the community at large with the gospel. Most evangelical churches over the years had been closed due to opposition in the city and the local church here had been left without a pastor for the last four years. Inadequate preparatory education for their children seemed unfair, and yet they didn’t know how to change it. The community was left feeling hopeless and isolated. Thankfully, where man sees desolation, God sees opportunity.

In May of 2016, a local pastor received a calling from the Lord to partner with us and minister to his city through our Transformational Development Model. Pastor B, one of the few Christian evangelical pastors in the northern region, felt the weight of the physical and spiritual poverty present in his town and resolved that something must be done. Pastor B responded to his calling by attending a medical training for church leaders hosted by LIA. Encouraged by how he’d been equipped, he set out to lead Community Health Education (CHE) lessons for local leaders in this northern city. By September of 2016 Pastor B had become the ordained pastor of the local church. After training other local leaders through our model, Pastor B gathered members of the church to cast a vision seminar to envision the transformation they longed to see within their community. By December of that year, Pastor B and the local leaders consolidated a decisive partnership with LIA in their community. 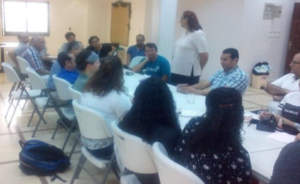 Pastor B signed the LIA partnership agreement and we began our collaboration with the church by equipping the leadership to properly approach their community using our model through our Training of Trainers (TOT) program. Looking into the distress of the city, members of the church communicated the need for an Early Childhood Development (ECD) program in order to provide better preparatory education and better engage the local community.

The local church leaders submitted a concept proposal for an ECD program in the church with hope of increasing the quality of education and evangelical presence in the community. The team of leaders developed a budget for the ECD initiative and provided the church building to house the school. Through the assistance of the LIA financial fund and further contributions from the local church, the nursery and classrooms were fully funded. The Lord continually blessed the progression of this project and by April 1, 2017 the ECD program was officially launched! 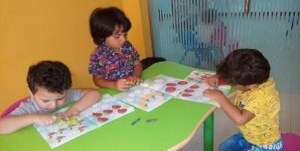 The children’s class schedules include everything from prayer and worship to alphabet and number lessons. They learn the basics like colors and shapes but also practice memorizing Scripture and learn important moral values through skits, videos, and puppets. All of these activities and interactions with the other children encourage development.

The ECD initiative was specifically geared to reach the 500 displaced families in the area and the initial growth of the school was incredibly encouraging. Up and running, the church-based program served 12 regular students in the month of May. By June, 25 regular students were consistently attending. Growth continued and in July, 30 regular students were attending the program and several students graduated in August! 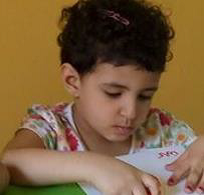 The children were not the only beneficiaries of this growing ECD program. Parents of the students that participated in the ECD program were encouraged by the dramatic growth and transformation they saw take place in their children’s lives. Take Karen for example. As a young girl, Karen hardly ever spoke. Her concerned mother had previously taken her to a speech therapist but, regrettably, saw no improvement over the course of her treatment. After only one month spent in the ECD program, Karen had progressed in her speech significantly and had begun communicating with the words she’d learned. Her mother was so encouraged by the improvement, she took Karen out of speech and continues to bring her to the church for class.

During the summer, the ECD church initiative remained open for summer school. Sixty-five children between the ages of 9-13 attended the summer school, half of which were from outside the church. The children participated in fun and educational activities such as music, knitting, cooking, swimming, and spiritual teaching. The church organized two summer parties over the course of summer school to showcase all that the students had learned. The celebrations engaged the entire community and allowed residents—rich and poor—to gather and admire the work of the children together. Many of the neighbors that attended the celebration had never visited the church before and came to honor the children! 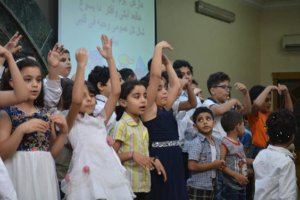 A final evidence of this community’s sustainable transformation is their desire to replicate their program in a nearby town. We seek to empower leaders to go equip and encourage other local leaders to see the transformation of vulnerable communities all across Africa. Pastor B had been consistently aiding a nearby town by sharing Scripture and providing food parcels. The town’s evangelical church has been closed and Pastor B is hoping to find and empower other leaders to minister to the people and eventually reopen the church. Pastor B and other local leaders are currently seeking LIA’s support to begin an ECD initiative in their neighbor town!

We have seen a miraculous abundance of transformative results come out of this single ECD initiative. It is only through the Lord’s mighty hand and grace that we are able to participate in incredible transformations such as this in Egypt. God is breaking the bondage of religious persecution and poverty for the glory of his name! Join us in praying that the growth of this church community will continue and for protection over the children they serve. 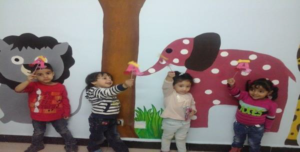