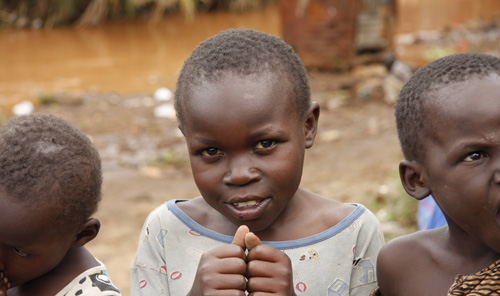 If you are anything like me and have even so much as mentioned being involved with ministry/development/poverty in Africa or even in your own back yard, this proverb invariably comes up.

It is simple and straightforward.  Giving a man (representing the proverbial ‘poor’) a fish is ‘relief’ whereas teach the man to fish allows him to provide for himself. This would be considered ‘development’ using today’s vernacular.

It is in this reality that the Christian comes forward and shares the perspective of ‘mission’ – where the believers teach and share about the Kingdom of God – suggesting that a focus on the physical reality of those who are suffering (poor) is secondary to the soul of the person for eternity.

In 2005, I was exposed to a model of ministry that incorporated both mission and development thinking in a way I had never seen or even considered before. The person that I met in Ethiopia was named Dr. Florence Muindi and she was a missionary to Ethiopia (from Kenya). However, the work that she began to undertake seriously pushed the lines of what has typically been thought of as missions.

Her big idea is what we at LIA refer to as the ‘ministry of transformational development’. Rather than try to describe what this means I found someone who has actually articulated this concept in concise and practical terms within the Biblical paradigm.

Taken from Make Poverty Personal by Ash Baker (page 146-147):  “The Christian response to poverty, then, can be varied. Using the analogy of ‘fishing,’ consider that Jesus and the early church:

•    Gave Fish – as when they responded to direct needs through healing or feeding the hungry. Today we could call this ‘relief,’ which could include responses such as feeding programs, emergency development, health care, prayer, providing accommodation, visitation of those who are in jail or sick;

•    Taught people how to fish – as when they taught truths for people such as Zaccheaus to put into practice. Today we could call this ‘education,’ which could include responses such as job creation, preventative medical care, teaching literacy and numeracy, and vocational training;

•    Asked why there were no fish – as Jesus did when he turned the tables upside-down in the temple, or the apostles did when they confronted rules and crowds who were oppressing people. Today we could call this ‘protest and advocacy,’ which could include addressing political systems, campaigning, and changing laws that create poverty and oppression. Advocating population control and secure land tenure, and fighting unjust economic structures could also be included here;

•    Modeled a new way to fish – as Jesus did when he became human, forming an apostolic community living in solidarity, ‘fleshing out’ good news with those in need. The apostles lived similarly, serving in weakness. This could be called ‘incarnation modeling,’ which could include responses such as Christians relocating to live among needy neighborhoods, the starting of neighborhood churches of the people, and life-on-life discipleship with those in need;

•    Saw a new way to fish, owned by the people – as Jesus and the apostles did when they so empowered a local movement that it could live on without them being physically there. Today we could call this ‘transformation,’ which could include neighborhood transformations, church planting movements of the poor, and grassroots Christian political cells.

Each response is pleasing to God in its own right and can help in the move toward freedom from oppression. If these responses are to be like those of Christ and the early church, they cannot just be ‘bait’ to catch fish. God wants to help restore the image of God in people, regardless of whether they acknowledge him or not. Responses to poverty, then, are not simply a means to the end of conversion or church growth. “

I provide this insight from Mr. Baker for the purposes of articulating what can be a fairly heady and esoteric idea. I do so hoping that those who know and love LIA have the ability to better articulate how the work is different than ‘other models’ but not for the purposes of identifying one as better than the others.

As Mr. Baker states, ‘each response is pleasing to God in its own right’ and this is in fact true. What I learned from Dr. Muindi five years ago, and continue to learn every day, is that this way of thinking is quite different from what is generally understood in the relief/development/mission realm.