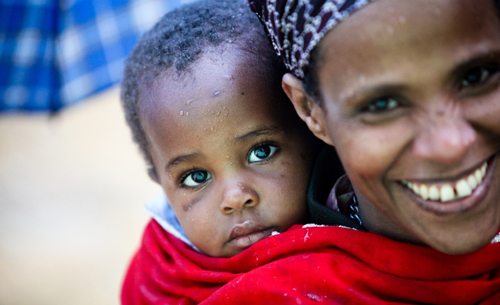 How do you see poverty around the world?

This is a question I am personally confronted with on a daily basis, and to be quite honest my answer will shift from time to time.

To some degree, I’ve learned to see it as an abstract concept, one seeking to be understood by ratios, percentages and statistics.  Numbers that all serve to quantify the prevalence, reach and extent of human suffering in the world.  Though these numbers are important, used to generate awareness about the issues, sickness, destitution and hardships that many face, they cannot and should not be looked at as wholly defining.

In the book, “The Hole in Our Gospel” author Richard Stern designates two chapters about the desensitization that can occur through the prevalence of statistics. Without an attachment to a person or cause represented by such overwhelming numbers, we sometimes allow the needs of others around the world to fall on deaf ears.  Never feeling the weight of the burden others bear, and never fully grasping whom these numbers are intended to represent.

Richard sums his point by saying, “ [Statistics can] Take away their names and their stories and homogenizes their personalities and cheapens the value of each individual child created in the image of God.”  Though these numbers are important, the temptation of statistics to create a sense of hopelessness, helplessness and apathy in instigating change is something we must continue to fight against.  We must not let the terms ‘millions of people’ or the ever-present percentage signs divert us from the people who comprise these groupings.

I think I can speak for the staff of LIA in its entirety, as well as our stateside partners that have sacrificed to venture to the communities in Africa when I say we have had a unique opportunity.  Having served alongside the pastors of churches in communities throughout northeast Africa, and having been able to spend time in prayer, in laughter, in tears and in conversation with the ‘poorest of the poor’ of society we have seen the quote from Stern played out in our lives.

We have had the opportunity to meet with people that sometimes get lost in the numbers, the people that the world many times define as ‘poverty’.  But as we have sat and listened to the orphans, to those that live on less than $2 a day and those that are suffering from disease, we have heard profound and powerful stories each so unique to the person, to the families.  With each interaction I feel as though people were being moved from a statistic to a story, building that personal relationship and connection that assures they will never be forgotten.

In the weeks following, we will be featuring a series of blog posts from various authors that have spent time in the communities served by LIA.  It is our goal that we would introduce you to those we have met; those that you may only know currently through fact books, and research based reports.  As we attempt to eloquently communicate the lessons that we learned by these wise and beautiful people, we hope that through their stories you will see the complexity of their situations that keep them bound to this concept of ‘poverty’.

Most importantly however, we hope and pray that you may see, learn, and grow from these stories.

Let us never forget that Jesus himself revealed his character through and amongst the poor, marginalized and oppressed of society.  Jesus himself was a statistic of poverty by the worlds standard, but I think we can all agree that taking the time to hear and learn from His story and message of love has changed and will continue to challenge the course of the world forever.