Concluding our “How Are You” series, documentary team member Bob Davidson shares about the lasting impact from his time spent in the Nairobi slums.  Below are some of Bob’s last reflections on the culture, community, people and overall experience from this life-changing trip. 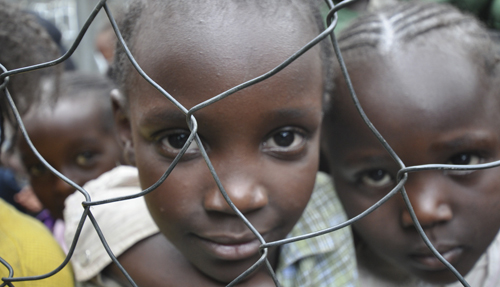 As I sit on the plane to Chicago reflecting on my time in Kenya, a variety of emotions and thoughts that have surfaced.  Some are obvious.  Some are trivial.  Some are unfinished. Here are a few words/phrases that I leave with…

How are you? As mentioned earlier, the most frequented phrase to Westerners is… “How are you?” Like crickets chirping in unison, every time we pulled into the slums, the children would chant the greeting with an anticipated handshake in return.

Nairobi Traffic. Chicago has nothing on Nairobi traffic.  It is seriously the worst I have experienced.  Multiple times, it took us 2 hours to travel 15-20 miles.  Two words: mass transit.

How to Think. The common (hopeful) theme that reared its head throughout our trip was grounded not so much teaching people how to do (though appropriate and necessary), but how to think.

Mazungu! The origin of the word comes from the notion of “the traveler.”  But these days, it simply means the (crazy) white man.  “Mazungu!  Mazungu!” never got old.

Kenya Needs a Better Minimum Wage. While there is no one fix that will solve the entire problem, bumping the minimum wage would certainly help.  With the average worker (not speaking of non-workers) are pulling in anywhere from $2-3/day, there is not much room for growth and sustained health.

Community. For the most part, life in the slums is difficult to watch; but not everything is all “bad.”  The rest of the world could actually learn a thing-or-two from the social constructs of the slums – particularly the way community functions.  If someone needs to work, a neighbor is there to help with the kids.  If you don’t have money for food, a neighbor is there to lend a meal midst their own scarcity.  If someone attacks your home, the community aids in rectifying.  The list goes on…

M-Pesa… or “mobile money” (in Swahili). This is by far the “coolest” thing I witnessed in Nairobi.  Basically, commerce in the slums happens via mobile phones (and yes, the majority of the poor have mobile phones).  The concept was originally funded (partially by Bill and Melinda Gates Foundation) as an attempt to spur micro-financing options via making it accessible for micro-transactions.  You can transfer, buy, sell, withdrawal via mobile phone – all in small increments.  Brilliant.  I can’t figure out why the rest of the world has not adopted.  (More info here.)

Beauty. Midst what is seemingly “ugly” compared to wealthy standards, both Kenya and its people are beautiful.  Whether you catch a glimpse of the vast Kenyan landscape or encounter what I can only describe as “pure humanity” – beauty is experienced.


As many have suggested, Africa will change you. It seems evident that it already has.  As much energy is being put in changing the mind of the poor, it seems each of us could benefit from the same pursuit.  As I reflect on what this is – what it means – I am certain that these thoughts are not final, but only beginning (as cliché as that might sound).